A TRADE ASSOCIATION FOR LATINO CONTRACTORS

LatinoBuilt (LB) is a trade association for Latino Contractors in Oregon founded in 2019. A 501c(6) nonprofit whose primary purpose is to support and empower Latino-owned businesses in construction. LB works with partners within the community to address the current inequities and connects contractors to public works project opportunities.

To improve opportunities in construction for Latino-owned businesses in Oregon.

To build a community that empowers and supports the voices of Latino-owned businesses in their efforts to overcome barriers, develop capacity, promote and  enrich lives. 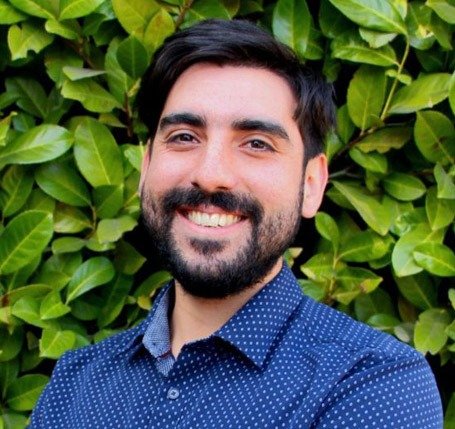 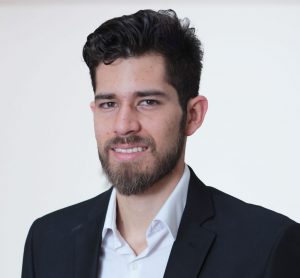 Adrian is LatinoBuilt’s Green Program Coordinator. He began his career as an Architect in Mexico City. After two years in the design field, his interest for sustainable design & construction grew quickly and he started working with IBALCA Group, a top Sustainable Building Consulting firm in the Mexico City metropolitan area. He later worked as LEED Project Manager for AECOM international developer. Adrian has experience in several LEEDv3 & v4 Projects, including Commercial, Residential, and Campus projects. He holds a LEED AP BD+C credential from the USGBC. He also furthered his studies going to school at the University of Amsterdam (UvA) for a short term graduate school program about Sustainable Urban Ecosystems. Adrian has great interpersonal skill and enjoys imparting Educational Content to deferent audiences in the Design Build industry ranging from contractors to high level management & project owners. Adrian is also the founder of CUEVAA LLC. A design startup company based in the Pacific Northwest with the broader mission to combat chronic homelessness. Outside work, Adrian is a huge outdoor enthusiast. His main sports are Ultramarathon Trail Running, Mountaineering, and Backpacking & Camping. 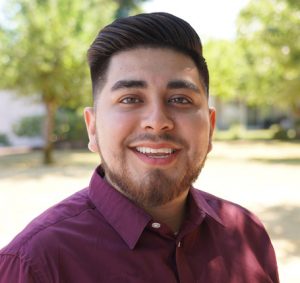 BOARD OF DIRECTORS | Junta Directiva 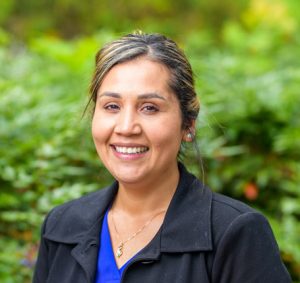 Rosa Martinez is the President of Professional Minority Group (PMG), Inc., and has been involved in Pacific Northwest Asbestos Abatement for the past seventeen years as a seasoned construction management professional. Originally from California, Martinez moved to Oregon in 1997, where she built her Abatement business. A mother of three, Martinez is a Hispanic and female business owner in the Hazardous Materials industry. She is a State Certified AHERA Asbestos Building Inspector and AHERA Accredited Project Designer for Asbestos. Outside of work, Martinez serves on multiple philanthropic boards, including the Commissioner Hardesty Small Business Council, the Safe Build Alliance, the National Association of Minority Contractors, the Hispanic Metropolitan Chamber of Commerce, the DEQ Rulemaking Advisory Committee, and Governor Kate Brown’s Small Business Advisory Cabinet. Martinez has been recognized as the 2013 BDI Minority Contractor of the Year, the 2016 Bravo Award for Latino Business, and as a 2016 DJC Oregon Women of Vision. 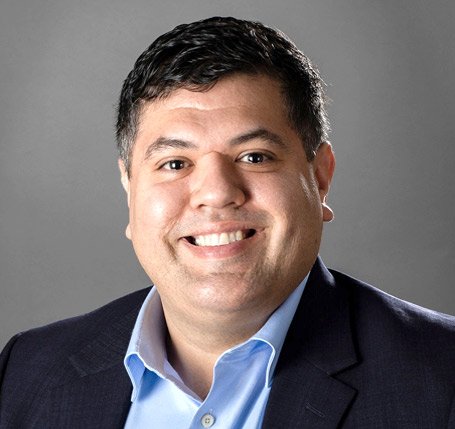 An accomplished military officer, and entrepreneur, David Molina is President and Owner of Molinas Construction Company, a small civil construction company. Molinas was founded on a bootstrap budget and $3,000 loan. Since 2015, Molina has led the company through jobs in the rain, snow or shine all over the Pacific Northwest for the U.S. Army Corps of Engineers and the U.S. Department of Veterans Affairs. As Molinas’ President, Molina oversees all aspects of business from business development, human resources, field operations, equipment and asset management to strategic planning. The son of migrant farmworkers, Molina was the first to graduate high school in his family, earning his B.A. in political science and Army ROTC commission from Oregon State University. After commissioning as an officer, Molina trained in the U.S. Army School of Infantry before serving over a decade in uniform as a soldier and officer both in the reserve and active at all levels from company to division level. Molina culminated his military career in the rank of Captain eaming the Meritorious Service Medal, Army Commendation Medals, and the Rowan Award. After exiting Dover AFB, Molina founded and scaled nonprofit startup, Operation Code, to help veterans and military families use their New GI Bill at coding bootcamps. At every turn, Molina gives back volunteering on several boards, including LatinoBuilt, the American Society of Professional Estimators, and early in his career on the Oregon Community Foundation Latino Partnership Advisory Council, Oregon State University Board for Community and Inclusion, and the Governor’s Commission on Hispanic Affairs. Outside of work Molina enjoys spending time with family, his three daughters, traveling and BBQing. 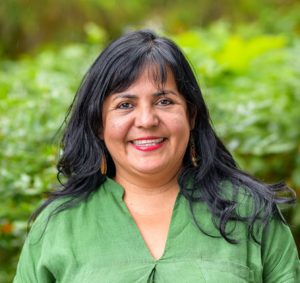 Berenice Lopez-Dorsey is the owner and co-founder of Home Energy Life Performance (H.E.L.P.) Group, Inc and Move-In Ready LLC in Portland, OR. She’s certified in BPI Envelope and Building Analysis, Lead Renovation, PRCS and PTCS Duct Seals, Property Management, OSHA 10, and an MBE & WBE certified business owner with over 25 years of industry experience. As the founder and mentor of several successful businesses related to weatherization, energy, seismic, and retrofitting, Lopez-Dorsey is passionate about sustainable development and helping the greater Latino community find success in the Portland area. Dedicated to “creating a better world, one green home at a time,” she sees herself reducing carbon footprints, creating living-wage Oregon jobs, and developing pathways to success for other Latino contractors. A strong mentor for minority and small business owners, Lopez-Dorsey has dedicated her time to philanthropic pursuits like Constructing Hope, Oregon Tradeswomen, Inc., and Milagro Theater. Outside of her professional pursuits, Lopez-Dorsey enjoys traveling, dancing, laughing and developing her AirBnBs in Astoria, Oregon. 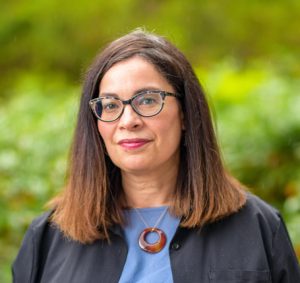 Jennie Rodriguez is co-owner and founder of Twirl Advertising and Design, LLC. Jennie brings over 25 years of integrated marketing experience across a broad range of retail and B2B clients. Her attention to detail and creative flair sets the tone as a creative director/account service for this small creative shop. Rodriguez is a native of Chicago and earned her degree at Columbia College. She has an agency background in general and multicultural markets. Her experience has allowed her to develop a vast array of skills within a variety of fields, including publishing and marketing to advertising and design to events and philanthropic work. Rodriguez began her career as a graphic designer, then moved into publication, advertising, and marketing. She has managed creative staff and produced marketing campaigns from concept through completion for broadcast, print, digital, direct mail, POP and outdoor. She worked as associate creative director for Jordan Tamraz Caruso Advertising, a $100 million agency and the San Jose Group, where she earned awards for print and television. Rodriguez is committed to social causes and currently, serves on several non-profit boards in Portland. As part of Twirl, she has won Golden Trumpet Awards, Summit International Creative Awards, Minority Business of the Year, and IABC Bronze Quill Awards.

Jennie is of Puerto Rican descent and enjoys spending time with her family. She also enjoys wine-tasting, live music, corny jokes, and traveling to places like Puerto Rico, Victoria Island and the coast with her husband Victor, the other half of Twirl. 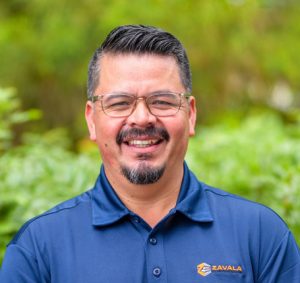 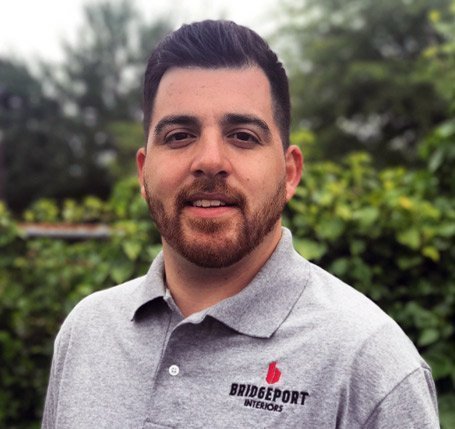 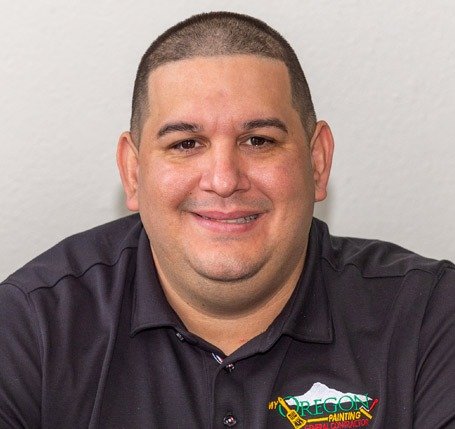 Alejandro Guerra is General Manager of My Oregon Painting, Inc. Born in Maracaibo, Venezuela, Guerra has called Oregon home since the age of 12. He is fueled by a passion for entrepreneurship, a hunger for knowledge, and a determination to turn information in action. Guerra strives to foster long-term relationships with those he meets and enjoys engaging in philanthropic efforts with his community. 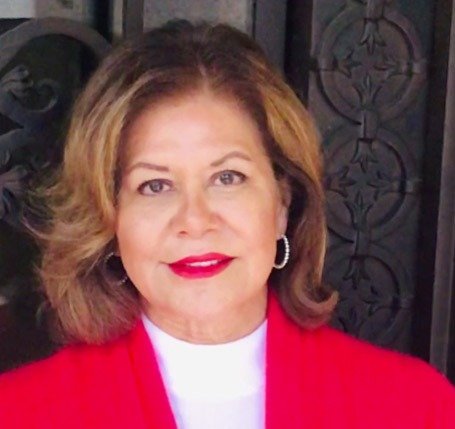 Lina Garcia Seabold is the co-founder of GSI Builder, Inc. and co-owner of Garcia Seabold Investment, LLC, which managed Senior Housing facilities in the Western Region. As part of GSI Builders, she works on projects related to Affordable Housing, Senior Housing, and Multi-family projects in Oregon and SW Washington. Outside of those roles, Garcia Sebold has ample experience on design and construction projects like the Tri-Met Light Rail, where she ran the Disadvantaged Business Enterprise (DBE) program. Garcia Seabold has also worked as Oregon’s First Minority Business Advocate in the Governer’s office, and on DEI initiatives at local, state, and federal levels. Lina serves as chair of the Virginia Garcia Memorial Foundation Board, chair of the Engage NW Board, and on the National Board for the Hispanic Women’s Corporation (HWC). She is the former chair of the Regional Arts & Culture Council (RACC). Outside of her business and philanthropic efforts she enjoys traveling, practicing Pilates, and spending time on the Oregon coast with her family. 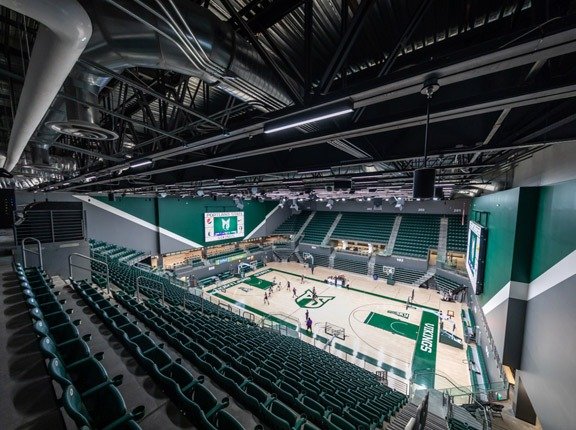 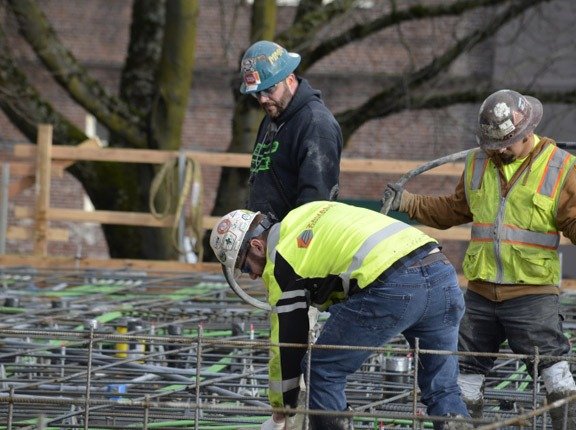 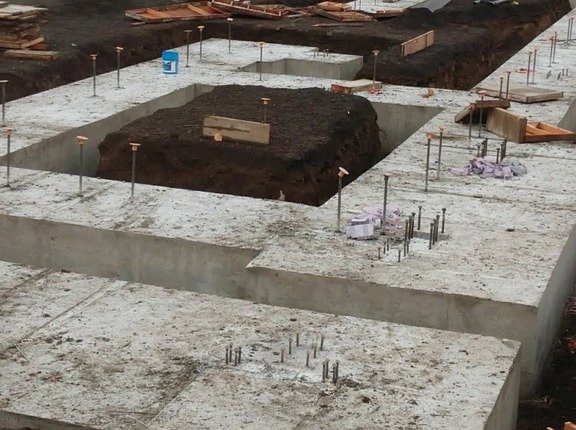 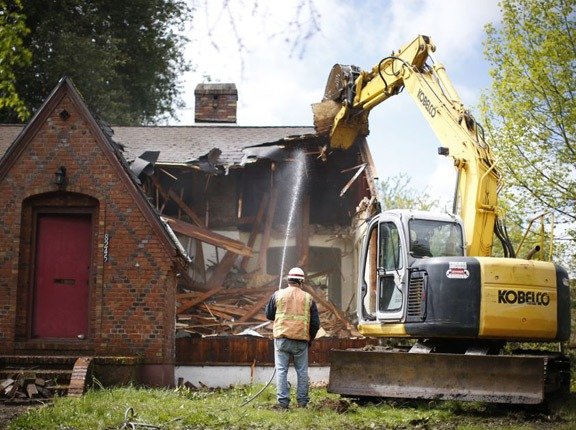 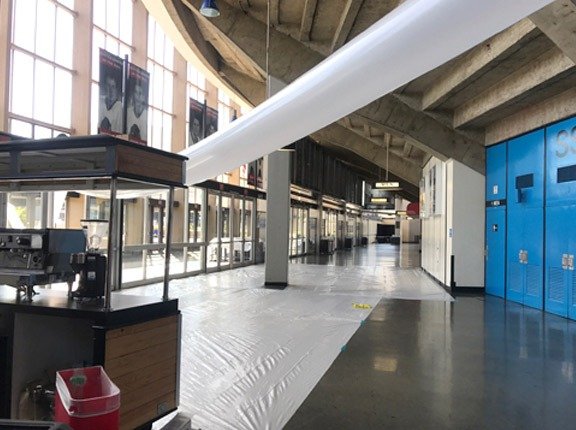 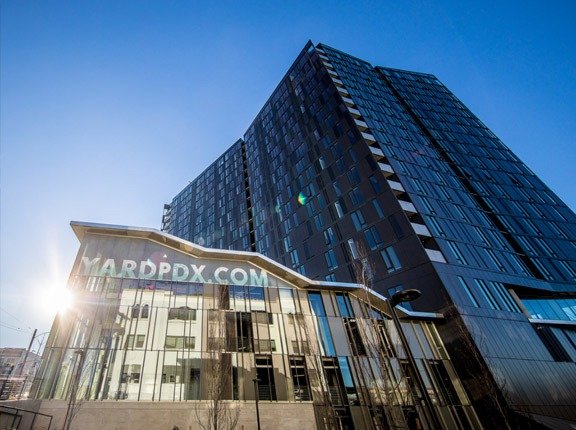 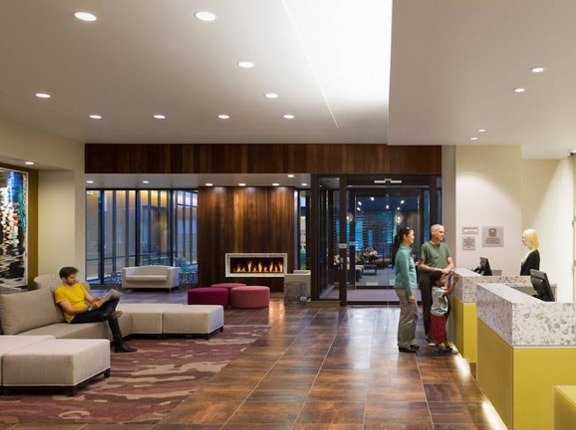 We respect your privacy. LatinoBuilt (LB) collects, uses, and protects information obtained from you on this website. We ask for only the information we need to provide the service you’ve requested. LB does not use or disclose information about you or information that you may give us, such as your name, address, email address or telephone number, to any outside companies or parties. We do not rent, sell, or trade any of our mailing lists. LatinoBuilt provides individuals with the right to opt-out of receiving email marketing and to update, supplement or delete their own voluntarily submitted personal information which LB uses for the previously noted business purposes.
Go to Top